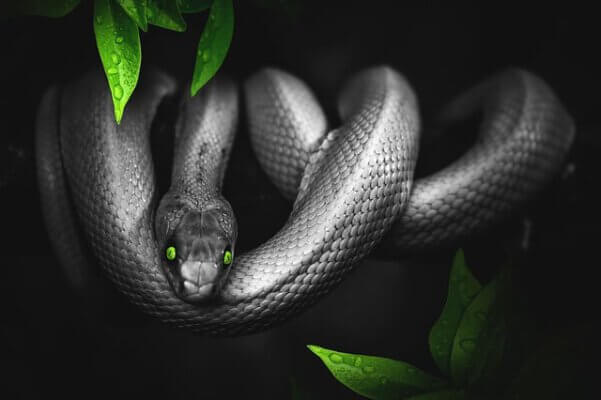 One of the most recurrent themes around the world. The meaning of dreams about snakes is usually associated with bad things, sin, betrayal, sexual desires, or envy. It may yet indicate a desire to free itself from something suffocating. On the other hand, if you control your fear or defend yourself from them, you may indicate that you are dealing well with potential threats.

If you dream about snakes crawling on the ground, you feel threatened by some betrayal. The location indicates where you have the suspicion, for example at home or at work.

On the other hand, if you kill that snake, you’re confident you can handle any unexpected situation that happens.

A snake in bed may indicate repressed sexual desires or that it is suspicious of the partner.

Dreams about snakes or snake wrapped in a naked woman, it may indicate exacerbated sexual desires; If they’re a man, you can question their sexual orientation.

If you dream with a snake wrapped around your neck, you may be feeling uncomfortable by a relationship in which your partner is too jealous.

If you see an old snakeskin, it may indicate that you are frustrated with your sex life or feel you are getting old.

If you dream of a large snake moving away from you, you probably feel that a passion is ending, or feel coldness and increasing distancing from the person of interest.

If you see a lot of little snakes curling up in your feet, you must be paying too much attention to stings, rumors and gossip.

Dreaming of a nest of snakes can be a subconscious warning that it is headed for a dangerous situation or that new friendships are unreliable.

If you dream of a yellow snake and run away from it, you can indicate that you are dodging responsibilities or facing problems. If it’s a dark yellow tone, it could mean you feel people very jealous of you.

Dreams about black snakes, it can be indicated that you are attached to things you no longer own. If the black snake attacks you, you may be afraid that something not fully finished will cause you trouble. It may also indicate the strange feeling that someone has badly desiring you, someone treacherous, waiting for a faltering of yours to attack you.

If the snake is green, it may mean that you accepted some challenge that you feared or resigned yourself to some evil suffered. The color green is related to healing and regeneration, which may mean that you have overcome or forgiven those who have done you harm.

Another possible interpretation for dreaming of green snakes is that it is fed or winding for people who do not deserve your trust and who may bring you future problems (i.e., the problem is “green” , is not yet “mature”). On the other hand, the immature may be you and your jealous or possessive actions are doing harm to others. It depends on the rest of the dream context.

If it is bitten by a snake in the dream can indicate the ye that some doubt is clarified at once, even if the consequences are bad. If you see someone else getting stung, you should nurture bad feelings for someone in your social group.

Another variation is whether you dream of biting a snake, struggling to kill it, which may indicate the frustrated desire to break up or get rid of someone who considers it bad to relate to.

If you’re in the jungle and you’re running into a snake, you may be inattentive to the things that happen around you. Don’t be naïve to think that all people are good.

Dreams about snakes, in biblical meaning, indicates lucifer (the bearer of light), who tries and convinces Eve to eat the fruit of the tree of knowledge. Much of the prejudice against women comes from the belief that she was to blame for bringing evil into the world. So some people believe that someone is trying to take you down the wrong path, seducing you for selfish reasons.

Dreaming of rattlesnake snow can mean that your subconscious or intuition is trying to alert you to dangers you may be exposing. Dangers that are scarred in front of you (tail rattle), but that is not consciously perceiving, or belittling the importance.

1 thought on “Dreams about snakes” 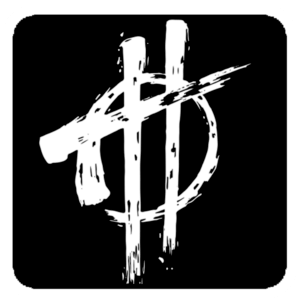 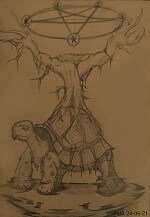